alexander wang had a lot on his plate during this year’s fall fashion season. not only did he have his eponymous line to show at new york fashion week, he had luxury house balenciaga’s to show at paris fashion week as well, accepting the position newly vacated by nicolas ghesquière.

for his own line, he showed a utilitarian, winter-apocalypsian collection, as though he were designing for winterfell, if game of thrones existed in modern times … and was a touch more dystopian, where everyone only wore varying shades of gray.

the look was streamlined, the complexion kept matte with very little color. the hair was slicked back into a low pony, where brunette was transformed into a burnt red ombre.  “Alex really wanted a pop of color,” hair stylist guido palau explained. it was fortunate he found this pop of color in the hair because the nails were made to match the models’ complexions as far as lacking color. the nails, done by cnd, were a matte nude color, with visible horizontal brush strokes, also in a neutral color, giving an otherwise matte nude manicure (always a favorite at fashion week) an interesting, subtle edge.

detail of the nails: 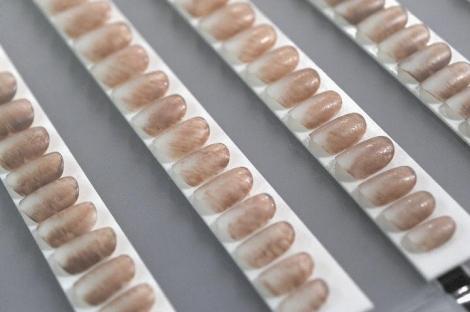 my favorites from the collection: 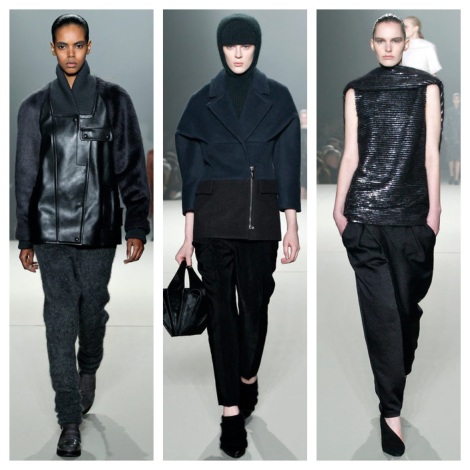